RTW Tie
Sevenfold Tie Maker is the child of Kenji Kaga san, the style icon from Japan. Ties from Sevenfold are unique in their own right as Kaga san selects only the best and rare collection of vintage fabrics before crafting them into special sevenfold tie. Traditionally speaking, Sevenfold ties are constructed from one large piece of fabric, which was unlined, and accordion folded in on itself 7 times.  The tips were then hand-rolled up, and hand stitched.  It was thought that the added heft and vertical folds of the silk would prevent twisting, and the weight would add to the substance of the knot. 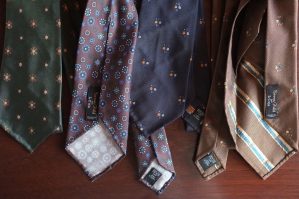 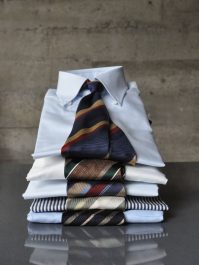 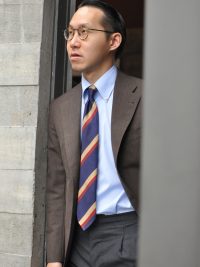