RTW / MTM Jacket
Ascot Chang left his hometown, Fenghua, at age fourteen to apprentice under a master shirtmaker in Shanghai. In 1949, he leaves for Hong Kong where he starts taking orders for custom made shirts. Knocking on door after door, he visits the offices of Shanghainese businessmen who are not able to find high quality shirts in Hong Kong. 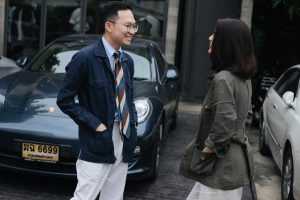 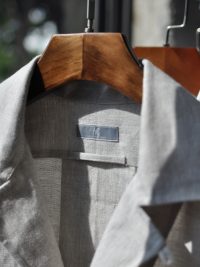 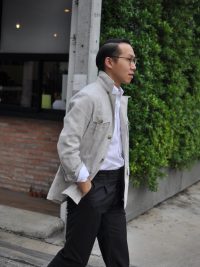 By 1953, Ascot Chang opens his first 600 sq. ft store at 34 Kimberley Road. He opens his first branch at the Peninsula Hotel in 1963, which is still open to this day.
In 1967, Ascot Chang went on his first trunk show. Over three months, he visited twenty cities in the United States, including San Francisco, Boston, and New York City.
When Ascot Chang suffered a heart attack in the 1970s, his son, Tony Chang, and his brother, Johnny Chang, started leading the company. Under the second generation of Changs, Ascot Chang spread worldwide, with their first international store opening in New York in 1986. Currently, Ascot Chang has 15 locations across China, Hong Kong, the United States, and the Philippines.
Ascot Chang’s Safari Jacket is an iconic piece for those seeking casual elegance style.

No products in the cart.